Solutions Beyond the First 100 Days: Economic Development and Recovery

During the first 100 days of the Biden Administration, experts take a look at the economic progress of the United States while the country recovers from the pandemic.

President Joe Biden entered office in January 2021 facing multiple converging crises and the urgent need to mitigate the previous administration’s most egregious failures: a pandemic entering its second year, exacerbated by a botched vaccine rollout and anti-mask disinformation; businesses crippled by indoor-gathering restrictions and depressed consumer spending; millions of Americans out of work and facing foreclosure, eviction or homelessness; extreme weather emergencies linked to climate change … the list goes on.

Halfway through his first 100-day sprint, Biden and his team have swiftly accelerated vaccine distribution and overseen passage of the American Rescue Plan, a recovery effort that, even in its whittled-down form, could lay the groundwork for combating income inequality through direct cash payments to families. But what further actions should the administration prioritize moving forward? And what do those actions look like for cities?

Watch the first of three webinars, which takes a look at potential economic development solutions, now that the $1.9 trillion legislative program is in place, including significant financial assistance specifically for state and local governments, school systems, childcare and other vital sectors. 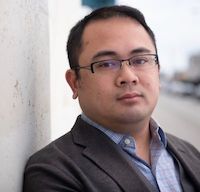 Oscar Perry Abello is Next City’s senior economics correspondent and covers alternative economic models and policies. Abello, who helms the Bottom Line newsletter, has covered the work of all these speakers over the years. Abello has a bachelor’s degree from Villanova University, where he majored in economics and minored in peace and justice studies. He spent several years embedded in the international development industry before transitioning into journalism in 2015. 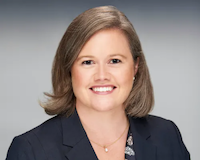 As Director of GFOA’s Federal Liaison Center, Emily leads coalition and advocacy efforts of the Public Finance Network in Washington DC. Her advocacy includes anticipating and responding to federal legislative and regulatory activities that impact the finance functions of state and local governments and public sector entities including tax reform, municipal securities disclosure and public pension and benefit issues. Emily also serves as staff on GFOA’s Debt Committee, working with committee members to develop best practices that promote sound financial practices for local, state and provincial governments. Prior to joining GFOA, Emily was a commercial bank relationship manager at a large national bank, serving as the sole bank liaison for government and university clients. 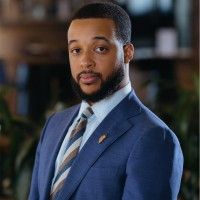 As Executive Director, Segun is an ex-officio member of the Board of Directors. He was raised in Boston and is a proud product of the Boston Public Schools. Following his graduation from Boston Latin Academy, he earned his Bachelor of Arts in History from Morehouse College in Atlanta, Georgia with honors from the Phi Beta Kappa and Golden Key Societies.

​At the same time, Segun also organized the Boston Police Camera Action Team (BPCAT) in 2014 with fellow high school graduate, Shekia Scott. The mission of the community group was to further accountability and safety in Boston through the mandatory use of police body-worn cameras.As a result of their efforts, Boston police officers will be equipped with the tools before the end of 2018. For the city, it was a powerful example of what ordinary citizens can accomplish when they come together around a shared cause.​

In May 2020, Segun was recognized by Boston Magazine as one of the “100 Most Influential People in the City of Boston”. 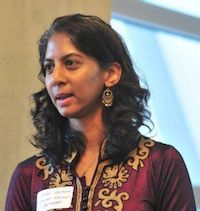 Rani Langer-Croager founded Uptima Business Bootcamp to address the challenges of traditional entrepreneurship programs and business accelerators in providing accessible education and mentorship to a diverse group of entrepreneurs. Rani has drawn on more than 15 years of experience advising organizations on strategic and financial planning, capital raising and mergers and acquisitions to develop the model for Uptima. Prior to co-founding Uptima, Rani was a member of the founding team and vice president at Altius Education where she raised over $30 million of capital to fund development of the company’s educational ecosystem.

Rani began her career as a successful investment banker and has led and participated in over 30 financing, merger, acquisition and joint venture transactions, representing over $15 billion in value, for leading technology companies. She has extensive experience supporting very early stage entrepreneurs as an organizer, coach and judge for numerous hackathons and startup challenges.